You can do many classic kid science experiments with baking soda. In this piece, you can quickly learn how to make a fizzing ice cubes activity for toddlers.

What do You Need:

How to Prepare the Fizzing ice Cubes Activity

Mix the vinegar with food coloring. I’ve only used red here, but you can, of course, use as many as you like.

After that, let your little one drop or pour vinegar on the ice and see it bubbling.

Alternatively, You can Make the Ice Cubes With Baking Soda

I wanted to create a quick activity, so I just put baking soda on regular ice cubes. There are many ways you can make this activity more interesting, though.

You could use different ice cube molds and develop an exciting story based on the figures.

If you prepare ice cubes with baking soda (mix around half a cup of baking soda with a cup of water) beforehand, the fizzing becomes more uniform. And don’t forget that you can also use different food colorings when making the ice. Here’s one link to a site that shows colorful examples.

The Science Behind this Activity

The acidity or basicity of fluids can be described with a pH scale. Water, for example, is neutral, and its pH is 7. Acidic solutions have a pH of less than seven and alkaline fluids over 7. In nature, the two types react with each other.

In this toddler activity, we used baking soda or sodium bicarbonate. If you add water to it, the pH of that solution is around 8.5 (so it’s basic). Vinegar is acidic

When you mix the two, vinegar breaks down the cooking soda, and carbon dioxide is released (causing the bubbling).

It’s not a good activity for young toddlers because you don’t want the vinegar or baking soda to end up in their eyes. Additionally, leaving a toddler alone with food coloring is just asking for trouble😊

As a result, you probably have to keep an eye on your kid.

I’m sure I’ve done science experiments with baking soda as a kid, but I don’t really remember them. It was pretty fun preparing this activity, but it seemed that my boy was a little less interested than me😊 He played with vinegar for a couple of minutes, then poured all of it into the bowl, and after another five minutes, went to watch TV.

So, I don’t think this is a good toddler activity for busy parents. You can’t leave most toddlers alone with the experiment, and at least my boy got bored relatively quickly. This said it’s a pretty fun experiment if you want to do something with the whole family. 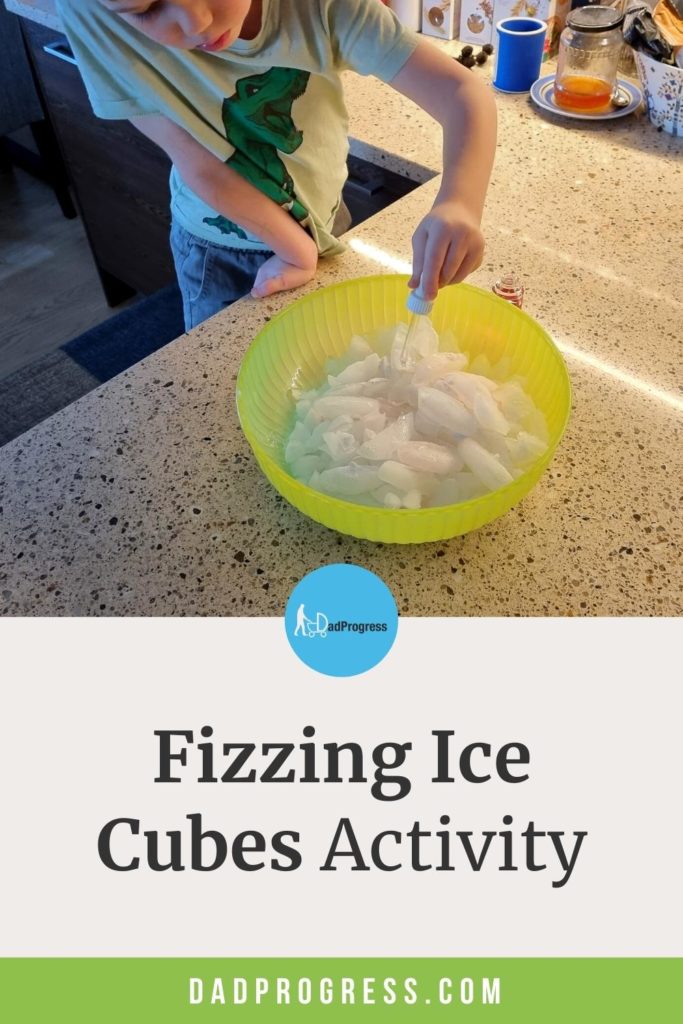